Risk and reward in social media: why trending is the ultimate goal for teenagers 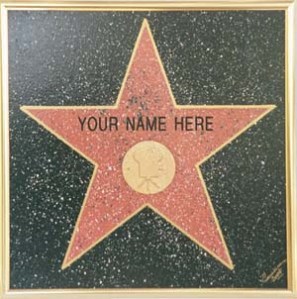 (this article has since been featured on The Huffington Post)

If you live outside the UK, or don’t have a passing interest in football, you may have missed the recent ‘ball boy scandal’ which engulfed the League Cup semi-final between Swansea City and Chelsea.

Needing to score twice to take the game into extra time, Chelsea’s star midfielder, Eden Hazard, finally lost patience when the ball went out of play for a goal kick and the ball boy delayed returning it.

The boy fell to the ground as Hazard attempted to get the ball from him and the Belgium midfielder then appeared to kick the youngster.

As the ball boy was left rather dramatically holding his ribs, referee Chris Foy produced a red card and Swansea went on to secure a place in the final.

It didn’t take long before the Twitter community discovered that the ball boy in question was 17-year-old Charlie Morgan, one of the director’s sons.

Morgan was also revealed to have tweeted earlier in the day:

He quickly amassed nearly 100,000 followers and nearly 40,000 people re-tweeted the above comment.

His name was trending for a long period after the game and he attracted thousands of abusive comments.

As far back as January last year, Pew Research reported that 16% of 12- to 17-year-olds were now on Twitter, up from 8% two years earlier.

The report stated that “teens tout the ease of use and the ability to send the equivalent of a text message to a circle of friends, often a smaller one than they have on crowded Facebook accounts”.

It’s a trend we also examined in May last year.

While the majority of teenagers aren’t leaving Facebook as such, they are spending less and less time on the site; effectively turning their profiles into a ghost-like presence.

Pew recently reported that 61% of Facebook users have taken a voluntary break from the site of several weeks or more.

Twitter works by rewarding our behaviour, in a way that Facebook once did but, in large part because of user fatigue, is no longer seen as doing.

While a favourite, much like a ‘like’ on Facebook, feels rather passive and insubstantial, a re-tweet confers the sense that your opinion matters and is rewarded with a visible badge of honour below the tweet, and an email highlighting your achievement.

Even an @ message is made to feel like a mark of success, with the list of interactions prominently displayed at the top of Twitter and sites such as Klout and PeerIndex rewarding individuals for achieving ‘influence’.

In this regard, the verified stamp is held up as the ultimate badge of honour and to be re-tweeted, or even followed, by one of these chosen few is the next best thing to earning the stamp yourself (“I’m pumped now that @XDannyXBrownX retweeted me, now I just need a verified twitter to follow me so I can die happy“).

To trend is to be

The reason I mention all of this in the context of Charlie Morgan is because one of the most overlooked appeals of Twitter is also one of its key features.

Morgan was widely feted by his peers for achieving what they perceived to be as the ultimate embodiment of fame on social media: trending on Twitter.

To these teenagers, trending isn’t just an added function on Twitter to improve its real-time value, it’s where you want to appear (or at least what you should be talking about).

It’s also a feature that’s very much perceived to be in their control.

With One Direction and Justin Bieber hashtags dominating the top trends on a near-daily basis, this is a medium (and one adult world) that feels like it’s ruled by its younger users.

The ability to propel one of their own into the public spotlight is given an added dimension by a media that so frequently covers these trends; perpetuating and giving new life to the cycle of fame. In this context, you don’t even need to trend to be quoted in a national newspaper or on TV, when both turn to Twitter to grab their ready-made slice of public opinion.

Ultimately, whether or not the ‘chosen one’ has a skill that can be monetised is irrelevant: it’s fame for fame’s sake.

The reward (and the risks)

As Rob Horning perceptively commented in his terrific essay ‘Hi Haters’, “social media becomes a field for taking calculated risks, blending threat and opportunity, for pursuing what gamblers have always called “action,” an intensity over ventured stakes that makes the present moment seem like the only thing that matters in the world”.

Even the threat of jail isn’t enough to dissuade a sizeable number of teenagers from abusing famous individuals simply to draw attention to themselves and, just maybe, gain that ultimate accolade.

While Morgan’s behaviour wasn’t necessarily driven by a desire to trend as such, his tweet before the game suggests he was, at the very least, keen to let the world know what he had planned.

One could argue he was displaying naivety in believing only his close circle of followers would see his tweet, but one of the core appeals of Twitter is that there is always the potential to go viral and for others to pick up on what you’ve said.

It’s why so many teenagers are keen to share such strong opinions on topics in the public glare.

Unlike Facebook, where your opinion is restricted to a tight community of friends, with no real opportunity for it to spread beyond this (and the lack of ease of sharing or ability to pick up new followers or friends), with Twitter there is always the chance what you have to say could reach more people.

While trending has no discernible outcome, and potentially many drawbacks, the democratisation of fame and the chance to trend is perceived to be worth the risk.

While previous teenage generations arguably had a similar notion of what fame was, their understanding of what it really is was able to evolve with age; without the ease of achieving it at the click of a button from within their own bedroom.

For the current generation, fame and notoriety can be gained all too easily, but, although the medium through which it takes place has changed and been democratised, it continues to come at a price.

4 thoughts on “Risk and reward in social media: why trending is the ultimate goal for teenagers”